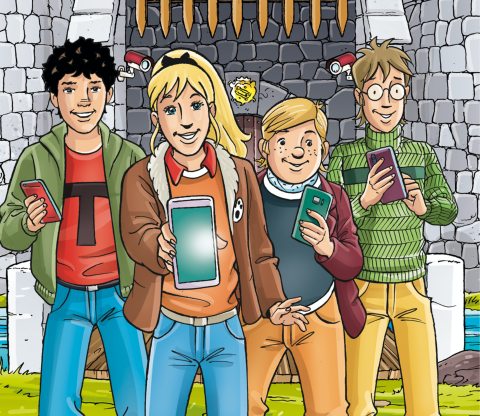 Tim has joined the group.

Gaby has joined the group.

Karl has joined the group.

Generations of children grew up with EUROPA’s radio plays. Many have often attempted to reinvent the time-honoured medium — with moderate success. For the 40th anniversary of TKKG, one of the most successful radio play series in the world, EUROPA wanted to make an interactive gift to its fans and, at the same time, drive the TKKG brand into the future. So how could EUROPA succeed in taking the radio play to the next level without destroying the power of “the movie in your head”?

A novel, immersive and interactive cross-platform experience that blurred the boundaries between radio play and game, fiction and reality.

It started with an exciting radio play on Amazon Music that included a cliffhanger. Afterwards, TKKG invited every fan to join a private WhatsApp group, and TKKG became “TKKG and you!”. They followed clues, hacked websites and cracked codes together.

A 10-day real-time experience that used WhatsApp served as an interface, distribution channel and portal between the real and fictional world.

The brand TKKG arrived in the future without losing its unique radio play feel. The influx was so great that the servers collapsed for a short while:

2.3 million messages between TKKG and the fans

7.3 million views on TikTok for #tkkgosterabenteuer

More than 12,000 detectives helped to solve the case 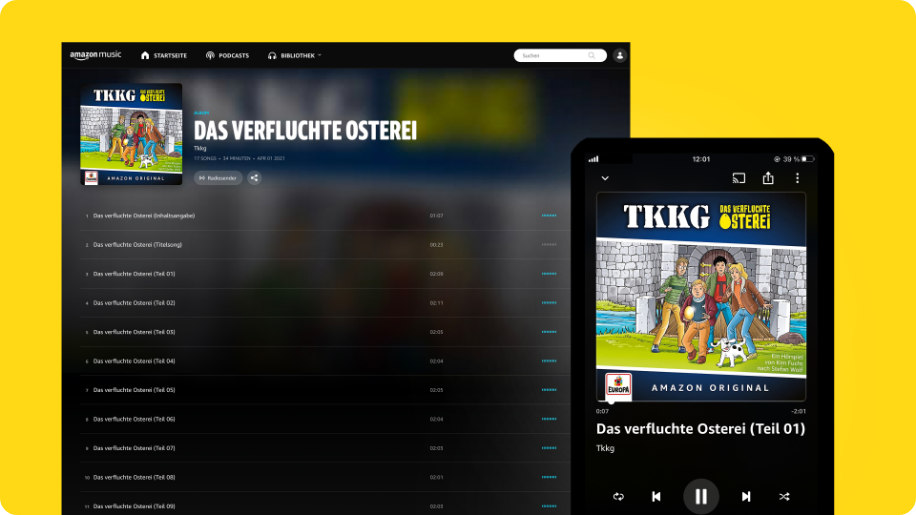 Phase 1
A gripping 45-minute radio play has been released exclusively on Amazon Music. However, the story is not over when the radio play ends — the case hasn’t been solved yet! This time they need help on their subsequent hunt for the precious Fabergé Egg. 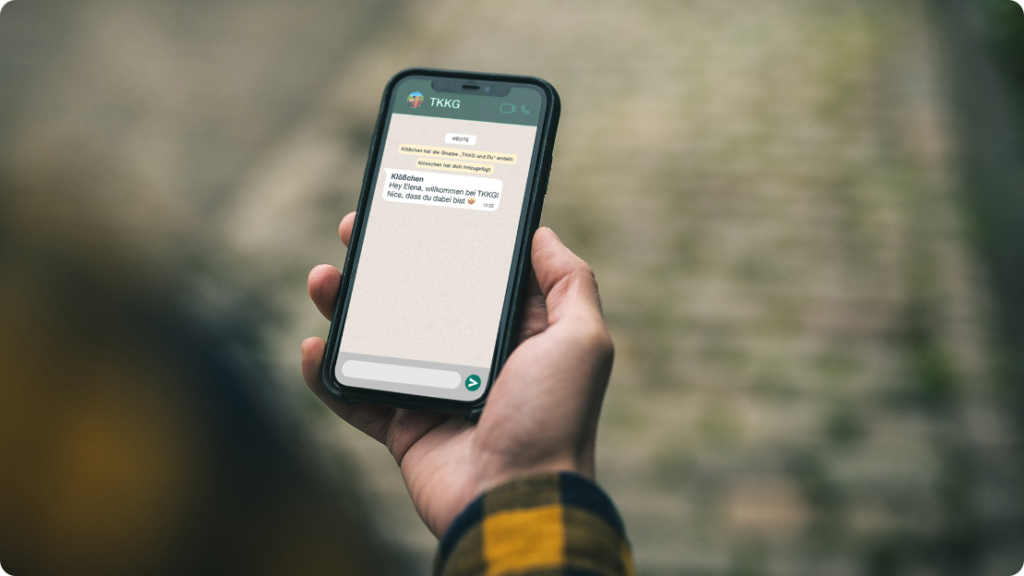 To do so, TKKG invites every fan to a private, 5-person WhatsApp group, and TKKG becomes “TKKG and You!”. Here they keep each other up to date and work on tricky enigmas and research tasks together. Every morning, a short radio play and personalised summaries of what has happened so far greets the fans. The investigations run for a full ten days — and in real-time. 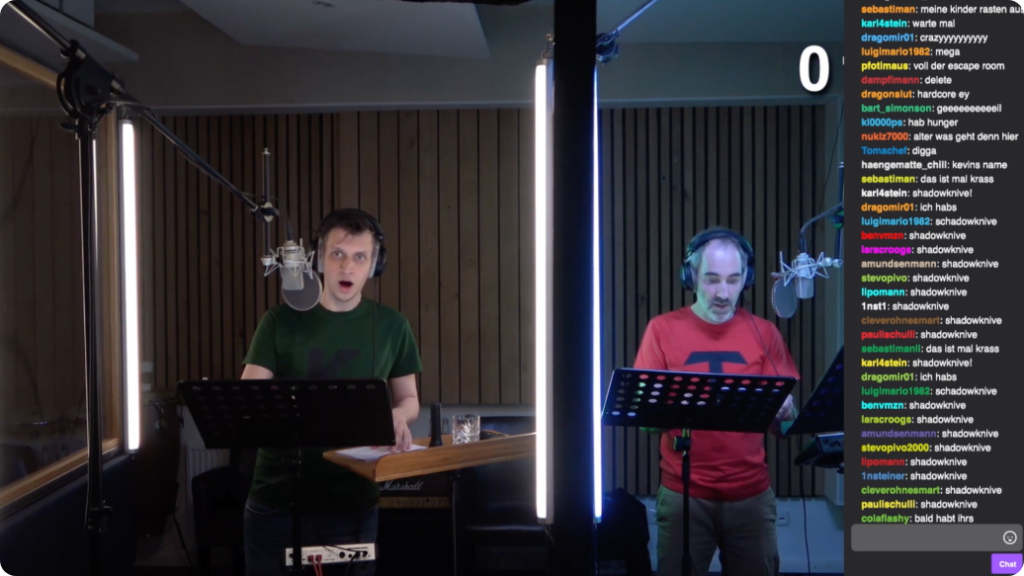 Day 10 saw the grand finale on twitch: fans had the opportunity to interact directly with the voice actors via chat and, at the same time, get a glimpse of the production thanks to the cameras in the recording studio. TKKG relied on the swarm intelligence of the fans, who worked together to help: Coded messages deciphered and websites hacked in a joint effort until Tim was finally freed.

Phew, that was a really bizarre adventure 🚀

Our fans totally got into it 🤩

Our bot sent 2.3 million messages. And we received 300,000 messages from people. That’s one interaction for every ninth message! 📊📈 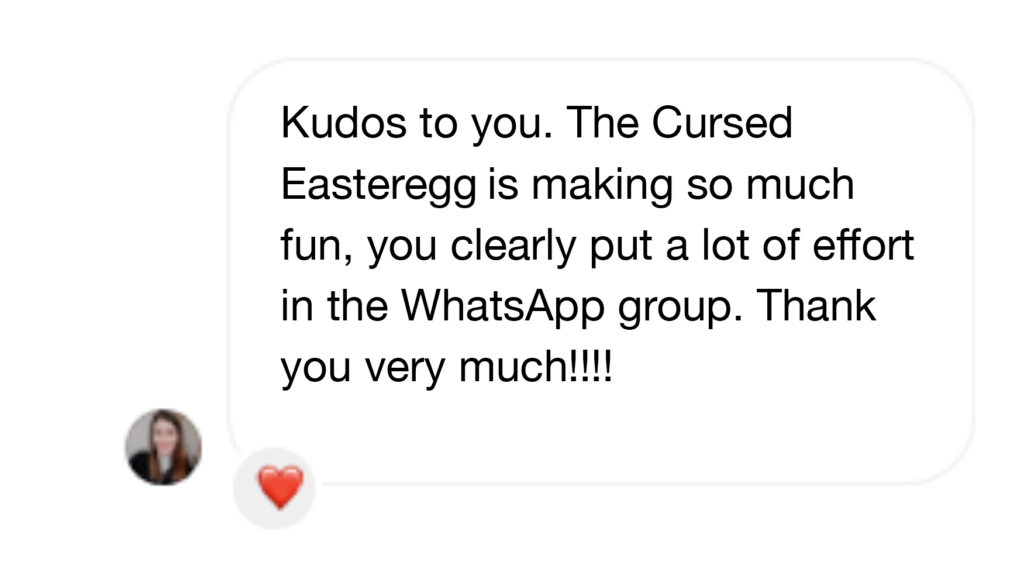 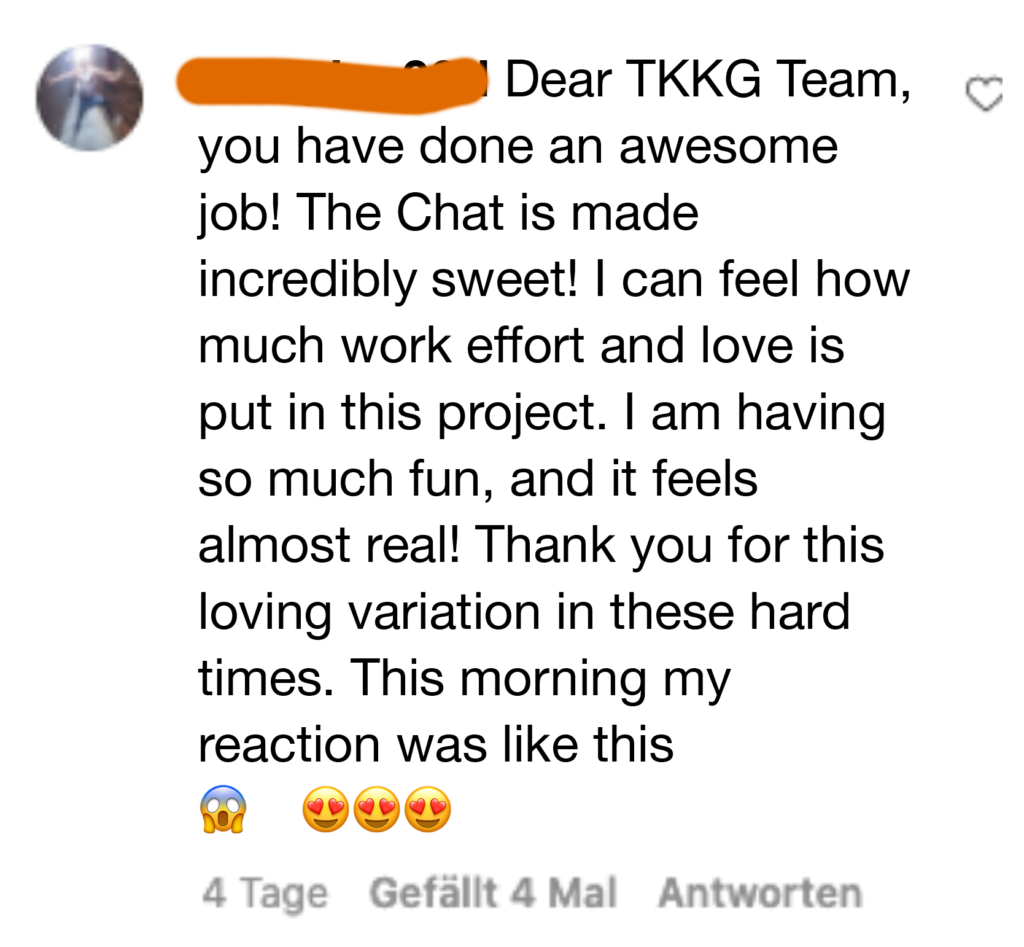 This one here is also cool 😎 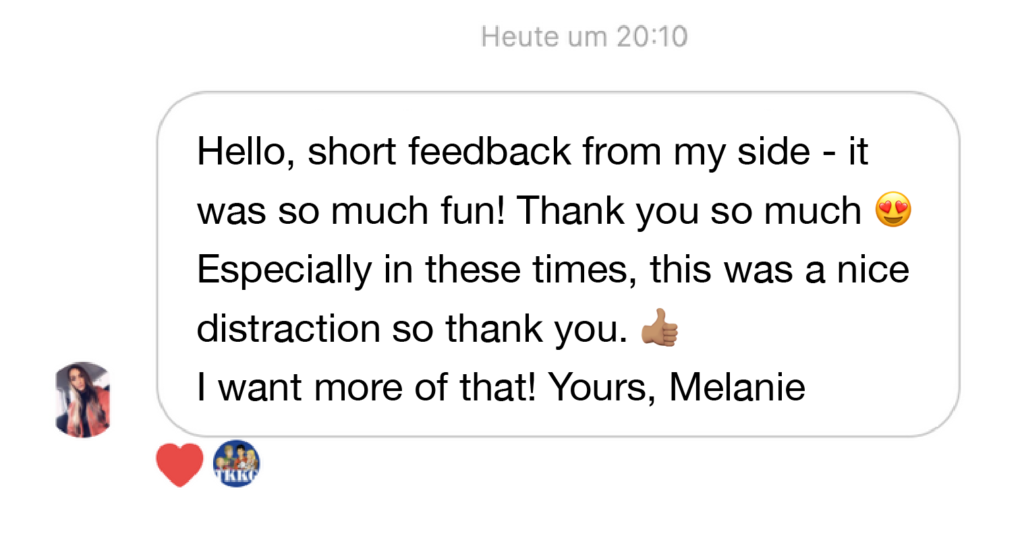 They were also super excited 🤗

They were finally able to